Albury is a major regional city in New South Wales, Australia, located on the Hume Highway on the northern side of the Murray River. It is wholly within the boundaries of the City of Albury local government area. Albury has an urban population of 45,627 people. It is separated from its twin city in Victoria, Wodonga by the Murray River. Together, the two cities form an urban area with a population of more than 80,000. It is 462 kilometres (287 mi) from the state capital Sydney and 259.2 kilometres (161.1 mi) from the Victorian capital Melbourne.

Also, the region has a distinctive natural beauty: the majestic Murray River winds its way through alpine terrain to the east and fertile river plains to the west.

Living in Albury today means that you enjoy not only this stunning natural setting but also all the amenities of a thriving, modern city. 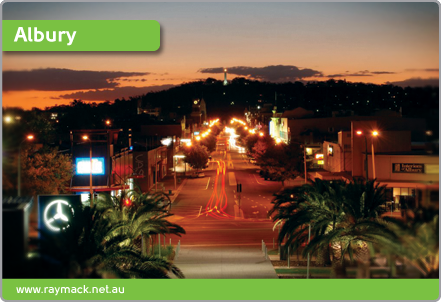 Bandiana is a bounded rural locality of the City of Wodonga local government area in northeast Victoria, Australia. At the 2006 census, Bandiana and had a population of 114, mainly based at the military base. 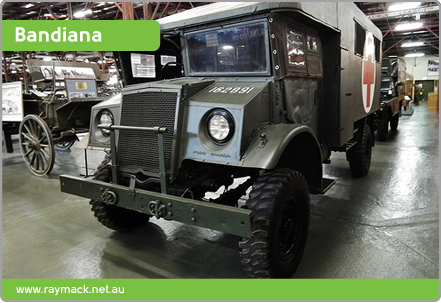 Is a mere five minutes to Wodonga with access to schools and shops. It has a fabulous acquatic centre and skate park. It's also home to Westmont Retirement Village.

The City of Wodonga Council has established Leneva-Baranduda as the priority growth area for Wodonga in the medium to long-term future.

It is an area of approximately 20sq km located south-east of the existing built-up area of Wodonga, and is one of the largest contiguous growth areas in Victoria.

Leneva provides an excellent urban setting within a natural amphitheatre of surrounding hills and ranges. 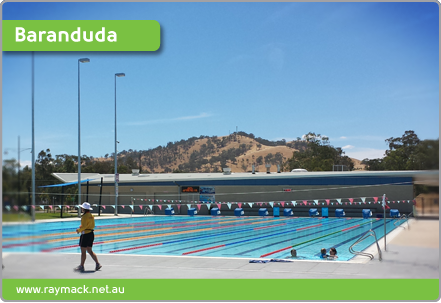 East Albury is a suburb of the city of Albury, New South Wales, located 3 kilometres (2 mi) east of the Albury Central Business District. At the 2006 census, East Albury had a population of 5686.

East Albury lies on the eastern side of the railway/freeway line that runs through Albury. It covers Eastern Hill and the flat land around it on the Murray River floodplain, and is bordered by Albury to the west, Lavington and Thurgoona to the north, Wirlinga to the east, and Victoria to the south. East Albury is a residential & industrial area, and due to the freeway it is set to boom in the next few years.

Already major commercial development has begun at the eastern fringe of the built-up part of the suburb. Features of the area include the Albury Base Hospital, Albury Airport, Albury Sports Stadium, Alexandra Park, Mungabareena Reserve and Eastern Hill.

Eastern Hill Rotary lookout is situated off East Street, with views across to Albury's Airport and the Table Top Range. The Lookout also offers fantastic views of the Murray River Flood Plains.

To the east you can see the path of the Murray River outlined by river red gum trees as it travels through Mungabareena Reserve. Some 12 kilometres away, on a clear day, viewers will be able to see the waters of the Lake Hume and the Hume Weir Spillway.

The famous Hume and Hovell Walking Track takes in part of Eastern Hill. 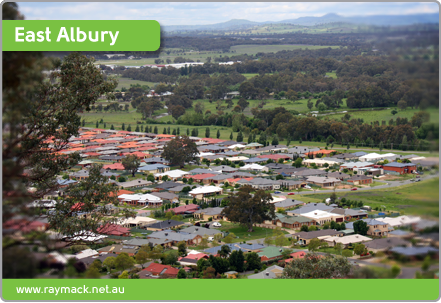 Jindera is a town in the South West Slopes section of the Riverina region of New South Wales, Australia. The town is situated in the Greater Hume Shire local government area, 15 kilometres (9.3 mi) north of the regional centre of Albury. At the 2006 census, Jindera had a population of 1,048 residents.

Jindera's chief attraction is the Pioneer Museum, which is contained within an old store and home that belonged to the pioneering Wagner family. The "store" is stocked with authentic goods of the 19th century, while the living area at the rear is furnished in the original style of the era. 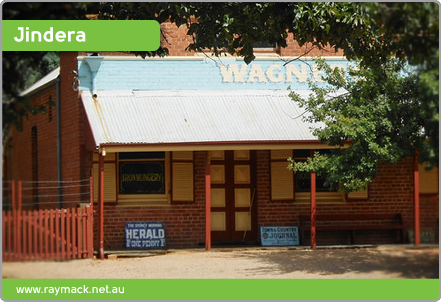 Lavington is the largest suburb of Albury, and the only suburb which has its own postcode (2641, as opposed to 2640 for the balance of Albury). The suburb was originally named Black Range in the 1850s and 1860s, before being renamed Lavington in 1910.

Originally within the boundaries of Hume Shire, it was absorbed into the City of Albury Local Government Area in the 1950s. Housing and commercial development has continued from that point until this day. Prior to 2007, the Hume Highway – passed north-east through the suburb, with Urana Road passing north-west though the suburb from the "Five Ways" road junction. In 2007, an internal bypass of the Hume Freeway was opened, with the former name of the Hume Highway section officially reverting to the commonly used "Wagga Road". The suburb of Lavington also includes the localities of Springdale Heights, Hamilton Valley and Norris Park. Albury's lawn cemetery and crematorium lies at the western end of Union Road.

There are many sporting groups in Lavington including ones for soccer, Australian rules football, cricket, netball, softball, water polo, swimming and tennis. There is a BMX and skate park.

North Albury was once covered by orchards and vineyards in the first half of the 20th century, as was a swamp where the James Fallon High School now stands, but after the second world war housing development in the area increased and Waugh Road was extended from David Street to the "Five Ways" intersection at Union Road, which ascribes the border between North Albury and Lavington. The locality of Glenroy is adjacent to North Albury, west of the Bungambrawartha Creek, and housing development was developed in the 1970s, including a significant Housing Commission public housing estate. 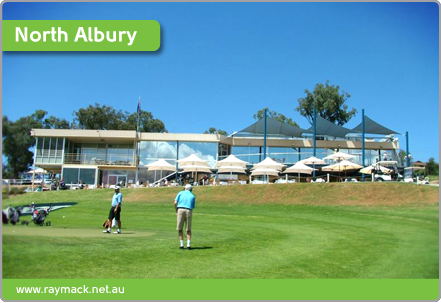 South Albury is a mix of residential and industrial areas, with the floodplains south of the railway line and freeway still used for farming and grazing. Flood mitigation works in the 1990s have dramatically reduced the risk of flooding in the residential areas of South Albury.

As you enter Albury from the southern border, children will squeal with delight as they come across Albury’s adventure play space at Oddies Creek Park. A myriad of fun for children, the Park includes a 30m flying fox, multi-directional swing, climbing nets, spring rockers, trees and shrubs to create tunnels and a natural cubby space, and a small amphitheatre for creative play. 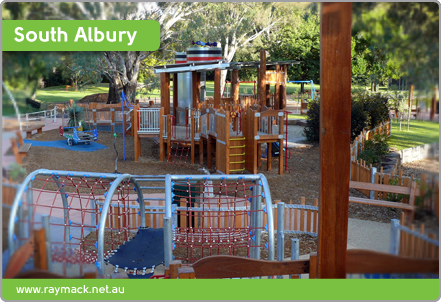 Table Top is an outer suburb of the city of Albury, New South Wales, located 16 kilometres (10 mi) north of Albury and 19 kilometres (12 mi) west of Bowna. At the 2006 census, Table Top had a population of 1109. The area used to be part of the Greater Hume Shire but was recently integrated into the City of Albury.

Table Top is located in the flat area north of Albury, bounded by the Greater Hume Shire, including Jindera, to the north, and the suburbs of Hamilton Valley, Springdale Heights, Thurgoona and Wirlinga to the south.

Table Top is a rural and agricultural area, with a large part of the population living in an area around the Norske Skog Paper Mill. Features of the area include the original Ettamogah Pub (based on a cartoon pub by Ken Maynard that was featured in the Australasian Post magazine), several wineries and Table Top Public School. 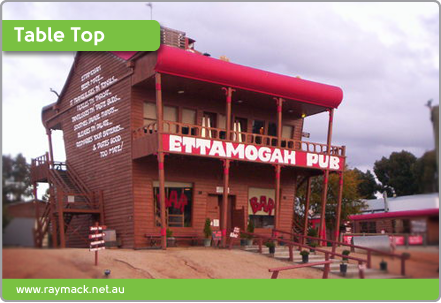 Thurgoona is an outer suburb of the regional city of Albury in southern New South Wales, Australia. The suburb is located in the City of Albury local government area.

It is the site of one of the campuses of Charles Sturt University. Originally a secondary campus created as an expansion of the Albury city campus, the campus of Charles Sturt University in Thurgoona is now the primary location, with most classes and facilities moving to this location during 2009/2010. A new Dentistry and Oral Health facility was also completed in late 2010.

In March 2010 Thurgoona saw the opening of a new Thurgoona Plaza, with Woolworths, a Hume Building Society branch and many other new shops. New shops include a tandoori restaurant, hair dressing salon, pizza shop, pharmacy, butcher, bakery, two cafés and a soon to be opened take away store.

The town has an Australian Rules football team competing in the Tallangatta & District Football League a league based mainly in Victoria. 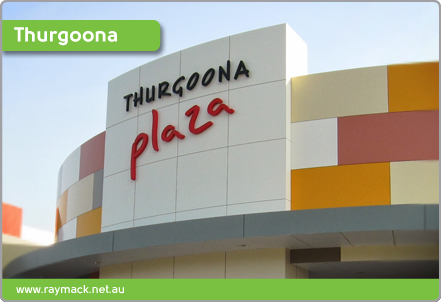 West Albury is primarily a residential area, but it is home to the First World War Memorial (locally known as the Monument), Riverwood Retirement Village, Albury Wodonga Private Hospital (which lies on the corner of Pemberton Street and the Riverina Highway).

All of West Albury was once wetland and bush. The only remnant of this is Horseshoe Lagoon to the south-west of the suburb, which has been declared a Wildlife Refuge by NSW Parks & Wildlife and incorporated into the Wonga Wetlands. To the north-west of West Albury is Pemberton Park.

Is downstream from Albury along the floodplain of the Murray River, is one of the city's must-see destinations. An ecosystem of lagoons and billabongs covering around 80 hectares, Wonga Wetlands is a haven for wildlife and a mecca for birdwatchers, photographers, bushwalkers and families. 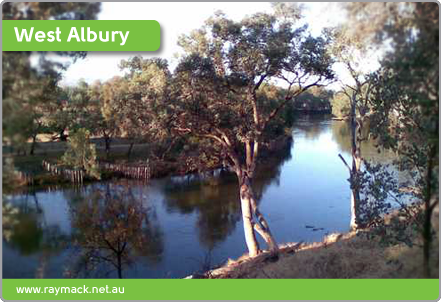